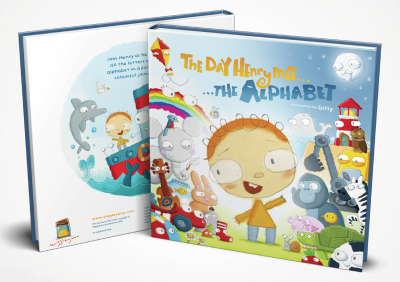 The five-year publishing contract will see New Frontier publish a series of board books based on the preschooler television show The Day Henry Met … , produced by Irish company Wigglywoo and distributed by Monster Entertainment.

New Frontier will launch the series with four books in October, starting with The Day Henry Met … the Alphabet, with other titles in the series to explore numbers, colours and actions.

In a statement, New Frontier publisher Sophia Whitfield said, ‘A key part of our strategy was to include a popular licensing brand in our new Catch a Star list. The Day Henry Met … is already a hit TV animation for preschoolers in Australia and New Zealand, and it fits perfectly into our preschool initiative to facilitate learning and discovery through play.’

As previously reported by Books+Publishing, New Frontier announced the new imprint in October last year, with plans to publish 20 books in 2018.