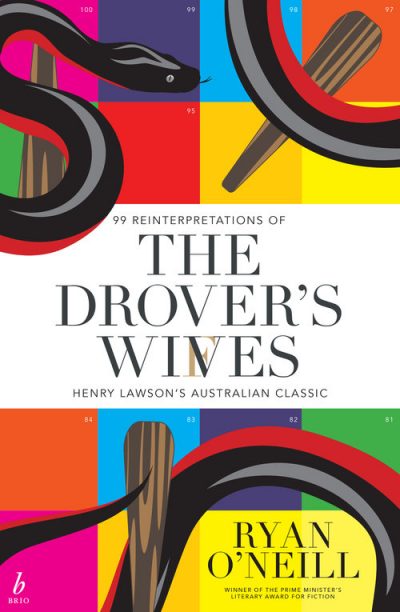 O’Neill told Books+Publishing that Pack and Lightning Books approached him about the deal because they ‘wanted to keep the relationship going’ after Their Brilliant Careers. ‘They asked to see The Drover’s Wives and immediately decided they’d like to publish it in the UK,’ said O’Neill. ‘I’m delighted Lightning Books is going to bring Australia’s most iconic short story to a British audience.’

In a statement to the Bookseller, Pack said, ‘I have already been yelling on social media about Their Brilliant Careers, and how it is one of the most inventive works of fiction I have ever read. The reaction from booksellers in advance of publication has been phenomenal, so signing this follow-up was a no-brainer.’

Australian publisher Brio Books acquired local rights to The Drover’s Wives last year. A selection of O’Neill’s remixes was previously published on the Seizure website, and new material has been added to the collection, which will be available in Australia in July.

As previously reported by Books+Publishing, O’Neill’s most recent book, Their Brilliant Careers won the 2017 Prime Minister’s Literary Award for fiction and was shortlisted for the 2017 Miles Franklin Literary Award.