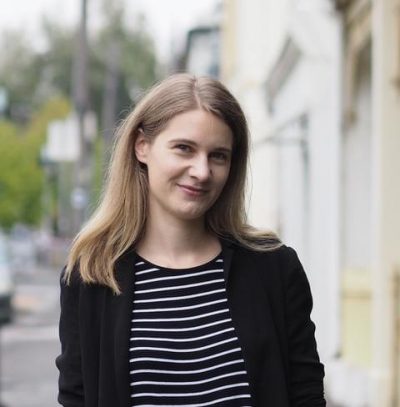 Melbourne-based writer Nina Kenwood has won the 2018 Text Prize for Young Adult and Children’s Writing for her YA manuscript ‘It Sounded Better in My Head’.

The ‘tender, funny and joyful novel’ about hook-ups, awkwardness and ‘unexpected romance’ for teenagers Natalie, Zach, Lucy and Alex, was chosen from a shortlist of five and more than 200 entries. Kenwood receives a $10,000 advance alongside a publishing contract with Text.

Kenwood said, ‘I have followed the Text Prize from its very beginning, promising myself each year that one day I would enter. To have finally submitted a manuscript and then actually won the prize is a dream come true, and an enormous honour.’

‘Nina Kenwood’s “It Sounded Better in My Head” is a finely written and compulsively readable story for young adults about someone who is discovering who she is,’ said Text publisher Michael Heyward. ‘Natalie, Lucy, Zach and Alex are a beautifully drawn quartet of characters. Their dialogue sparkles. Together, they set in train a romantic comedy that will charm and delight readers.’

‘It Sounded Better in My Head’ will be published in mid-2019, and Text has announced it will also publish shortlistee Davina Bell’s ‘The End of the World is Bigger Than Love’ in early 2020.

As previously reported by Books+Publishing, last year’s winning entry was The Extremely Weird Thing That Happened in Huggabie Falls by Adam Cece. The second book in the ‘Huggabie Falls’ trilogy will be released in October 2018.