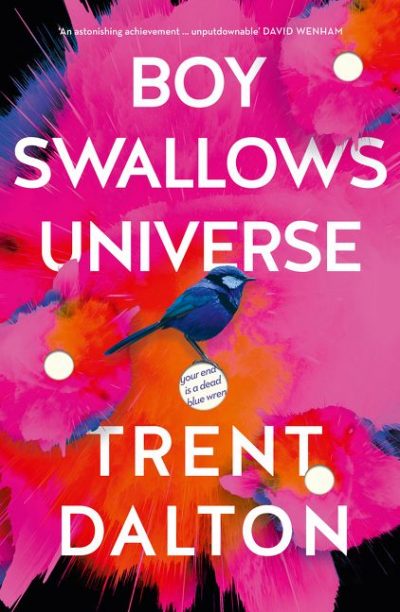 The debut novel from award-winning journalist Trent Dalton is a harrowing coming-of-age tale set against the street-level drug trade in 1980s Brisbane. Boy Swallows Universe follows Eli Bell from ages 13 to 18 as his life is repeatedly turned upside down. Losing loved ones to violent crime and the justice system, he finds a sole constant in his mute older brother August, who communicates via cryptic handwriting in the air. For all of the book’s outsized quirks—such as an octogenarian drug lord and an infamous ex-con turned babysitter—it’s actually semi-autobiographical, with Eli drawn to a career in journalism at the Courier Mail, where Dalton himself was formerly an assistant editor. Dalton depicts the drug trade as alternately savage and mundane, and the book balances rough-and-tumble Aussie humour with a stubborn sincerity. Fans of Chris Flynn’s The Glass Kingdom and Chris Womersley’s Cairo should sympathise with these young misfits dealing with the direct impact of crime. While some readers may be put off by the explicit descriptions of heroin addiction and grisly violence—including a startling scene of domestic abuse—Dalton’s narrative choices prove to be necessary to effectively tell this extreme fable about living with the effects of trauma.