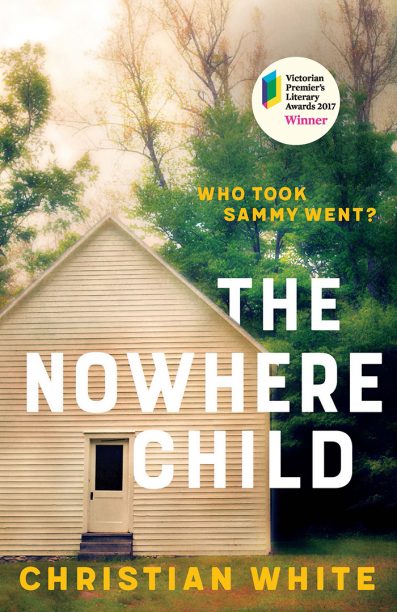 Sammy Went was a toddler when she disappeared from her home in Kentucky 28 years ago. Kim Leamy is an Australian photography teacher living a fairly unremarkable life until a stranger approaches her. The stranger, obsessed with Sammy’s disappearance, is convinced that Kim is the missing toddler. Although she initially dismisses him, Kim looks into her past and finds that things don’t add up. To unravel the truth, she visits Sammy’s birthplace and uncovers a world of southern gothic strangeness: cults and secrets, conspiracy and trauma. The Nowhere Child is a page-turning labyrinth of twists and turns that moves seamlessly between the past and the present, revealing the story in parts and successfully keeping the reader guessing until the final unexpected reveal. The winner of the 2017 Victorian Premier’s Literary Prize for an unpublished manuscript, The Nowhere Child is the first novel by screenwriter Christian White and it’s a deftly handled cracker of a tale. Citing Stephen King as an influence, White delves into a dark and strange world, displaying an assured understanding of his craft. It’s an exhilarating ride and a thrilling debut that is reminiscent of the television series True Detective and will appeal to readers of King and Gillian Flynn.