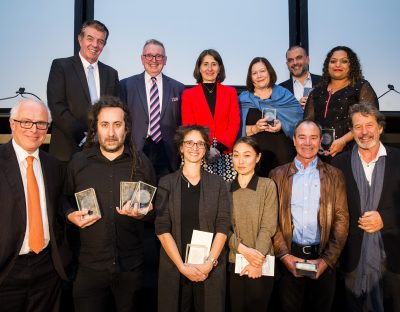 The winners of the 2018 NSW Premier’s Literary Awards were presented at a ceremony at the State Library of NSW on 30 April.

Kim Scott’s Taboo (Picador), which tells the story of a group of Noongar people who revisit (for the first time in many decades) the site of a massacre, was awarded the $30,000 Indigenous Writers’ Prize and the $10,000 Book of the Year prize.

Awards judge Suzanne Leal said, ‘With clarity, with urgency and often, too, with humour, the winning entries challenge our understanding of Australia’s history and question where we are headed. We congratulate the writers—both new and established—for these exciting, original and thought-provoking works.’

The winners were chosen from shortlists announced in March. A total of $295,000 in prize money was awarded across 12 categories. For more information, see the State Library of NSW website.