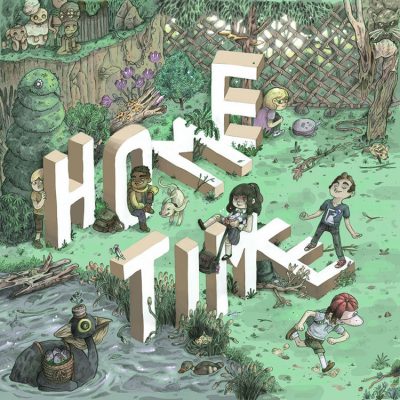 Perth-based comics artist Campbell Whyte has been nominated for the 2018 Will Eisner Comic Industry Awards for his book Home Time: Under the River (Top Shelf Productions).

Whyte’s book was nominated in the ‘best publication for kids (aged 9-12)’ category, alongside four other titles. It was previously shortlisted for the Readings Children’s Book Prize and the Aurealis Awards.

Set in Perth, Home Time follows the adventures of five primary-school-age children who fall into the Swan River and wake up in an enchanted and otherworldly version of Perth. As they try to find their way back home, the children encounter magical creatures, prehistoric lifeforms and long-lost heritage buildings.

The annual award is named in honour of American cartoonist Will Eisner, and recognises excellence in comics and graphic novels across 31 categories. Works published in the US in the 2017 calendar year were eligible for this year’s award.

Voting for this year’s award is now open to all working in the comics industry, until 15 June. The winners will be announced on 20 July.