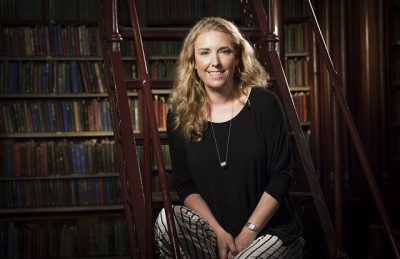 Tasmania’s midwinter festival Dark Mofo has announced the program for the Dark and Dangerous Thoughts (DDT) two-day symposium, a showcase of ‘literature, film and ideas’ that runs from 9 to 10 June.

Curated by former Adelaide Writers Week director Laura Kroetsch (pictured), the program is presented as ‘a hard-hitting examination of “ideas worth dying for”’, with participants ‘sharing their lived experiences of complex moral and ethical conundrums’.

The DDT program will also include a film screening with a live score by Canadian Inuk performer and activist Tanya Tagaq and a ‘marathon relay swim of the distance between Australia and Manus Island’ at the Hobart Aquatic Centre.

This is the first year the DDT program has been incorporated into the Dark Mofo festival. As previously reported by Books+Publishing, Dark Mofo director Leigh Carmichael said DDT aims to look at ‘a broad range of issues’. ‘But it’s unlikely we’ll stray too far from the core themes of f*cking and killing,’ said Carmichael.

Dark Mofo festival will run from 15 to 24 June in Hobart. For the full program, click here.