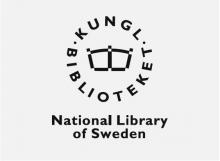 The Bibsam Consortium, which represents 85 higher education and research institutions in Sweden, said that its current agreement with Elsevier would not be renewed after 30 June, citing Elsevier’s failure to meet the consortium’s requirements, including immediate open access requirements.

Bibsam Consortium said the publisher had been unable to meet the consortium’s three key demands: immediate open access to all articles published in Elsevier journals by researchers affiliated to participating organisations, reading access for participating organisations to all articles in Elsevier’s 1900 journals, and a sustainable price model that enables a transition to open access.

The move comes after more than 70 German universities let their Elsevier subscriptions lapse last year, after ongoing negotiations for a new nationwide licensing agreement came to an impasse, and after the Swedish government announced its goal of making all publicly funded research freely available by 2026.

Chairman of Bibsam Consortium’s steering committee and head of the negotiation team Astrid Söderbergh Widding said that the increasing costs of scientific publishing are ‘straining university budgets on a global scale while publishers operate on high profit margins’.

‘We need to monitor the total cost of publication as we see a tendency towards a rapid increase of costs for both reading and publishing. The current system for scholarly communication must change and our only option is to cancel deals when they don’t meet our demands for a sustainable transition to open access,’ said Widding.

Times Higher Education noted that while Elsevier had not made a statement about the current situation, the publisher had previously said it does not object to an open-access model but has concerns about allowing a country’s researchers to freely read content from other sectors that still operate on a subscription model.