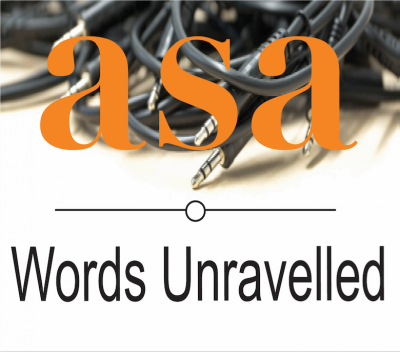 The Australian Society of Authors (ASA) has launched a new podcast series focusing on ‘the numerous ways wordsmiths can adapt their talents beyond the confines of a book’.

Called Words Unravelled, the fortnightly podcast is structured around interviews with writers, illustrators and ‘local and international entrepreneurs’, focusing on new ways for creatives to earn a living working with words.

The first episode, released on 22 May, is an interview with London-based writer Chelsey Pippin, who ‘[lays] down the gauntlet for us to rethink our approach to creativity’. Words Unravelled is hosted by podcaster Wendy John, who is also the host of pop-culture science show Doomsday.

The series consists of six episodes, with upcoming episodes said to feature a YouTube book reviewer, a corporate cartoonist, a producer and songwriter, a TV series writer and an online campaign lobbyist.

ASA CEO Juliet Rogers says she is ‘delighted’ to introduce ASA members and the broader creative community to ‘a range of people who have been brave enough to challenge the status quo and seek new ways to earn a living from their creative talents’. ‘In an ever more complex environment, versatility and adaptability will become increasingly necessary, and we believe that our wonderful podcast interviewees will encourage us all to push the boundaries,’ said Rogers.

Episodes can be accessed via Podbean or the ASA website.