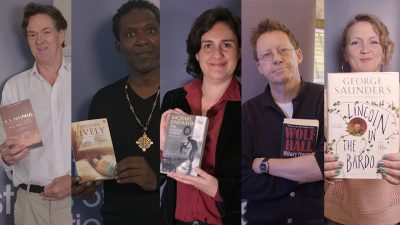 The Booker Prize Foundation has announced the shortlist of its Golden Man Booker Prize, a special one-off award to mark the 50th anniversary of the prize.

The shortlisted titles, which were chosen from the award’s previous 51 winners, are:

The shortlist was decided on by five judges, each of whom were tasked to read the winning novels from one decade of the prize’s history. The judges were editor Robert McCrum (1950s), poet Lemn Sissay (1980s), novelist Kamila Shamsie (1990s), broadcaster Simon Mayo (2000s) and poet Hollie McNish (2010s).

The winner will be chosen by a public vote, which will run on the award’s website until 25 June, alongside videos of the judges championing their shortlisted books. The winner will be announced on 8 July at the Man Booker 50 Festival in London.

The Golden Man Booker is awarded to the best work of fiction from the last 50 years of the Man Booker prize, which was first awarded in 1969. For more information, see the Man Booker website here.