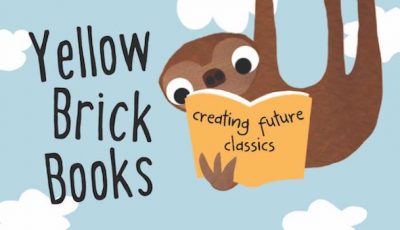 A new small publisher focused on children’s books has recently released its first title, amid plans to release two more books in 2018.

In May this year, Yellow Brick Books released its first title, Young MacDonald by author and illustrator Guiseppe Poli—a picture book about an ordinary day on the farm transformed into a grand adventure through Young MacDonald’s vivid imagination.

Yellow Brick Books will release two more picture books in 2018. In September, the publisher will release Grumpy Bear, Grouchy Bear (Lynn Ward, illus by Monty Lee)—a rhyming story of a hungry bear in search of something—and in October it will release Filthy Fergal, by CBCA-shortlisted author Sigi Cohen and illustrator Sona Babajanyan. Filthy Fergal is a picture book that tells the story of a boy who ‘sets out to find somewhere he belongs, and discovers that even a boy like him can find a place to call home’.

The team of three at Yellow Brick Books comprises illustrator and designer Ann-Marie Finn, founding director of Wombat Books Rochelle Manners, and Beresford, who previously founded and edited a magazine and membership service for schools called The Book Curator.

‘Our professional paths have crossed in a number of ways and at some stage we realised that our combined skills are a strong basis on which to found a new publishing house,’ said Beresford. ‘The process of creating great books is something we are all passionate about, and we decided to carve our own niche and focus on really quirky, fun and sometimes “out there” stories that would leave a lasting impression.’

For more information about Yellow Brick Books, see the website.