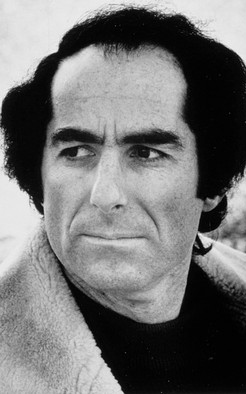 Roth was the celebrated author of more than 30 books, from his National Book Award-winning debut, Goodbye, Columbus, to one of his most seminal works, Portnoy’s Complaint (both Vintage). His 1997 novel American Pastoral won the Pulitzer Prize for Fiction, and, along with I Married a Communist and The Human Stain, comprised Roth’s ‘American Trilogy’. The Human Stain was also released in 2003 as a movie starring Anthony Hopkins and Nicole Kidman.

His last book, Nemesis, was a 2011 novel about the ‘wartime polio epidemic in the summer of 1944 and the effect it has on a closely-knit, family-oriented Newark community and its children’.

Roth was regarded as a writer who blurred the lines between fact and fiction, and several of his novels, including Zuckerman Unbound, The Ghost Writer and The Anatomy Lesson (all Vintage) feature a character by the name of Nathan Zuckerman, who came to be seen as Roth’s fictional alter ego.

In the US, Roth’s works have been published by several houses, including Houghton Mifflin Harcourt (HMH), Random House US, Farrar Straus & Giroux, and the Library of America. The latter started reissuing his books in collected editions in 2005, making him the third of four writers—following Saul Bellow and Eudora Welty, and preceding Ursula K LeGuin—to have his works collected by the Library of America while still living.

‘America has lost its greatest living writer. We join with the entire community of arts and letters in grief, and in awe at Philip Roth’s astonishing accomplishments—from the very beginning with Goodbye, Columbus, to the very end, with Nemesis. We will be forever proud to have been there at the start, and to have published him for the past three decades. Long after the controversies have quieted, the greatness shines. May he rest in peace, and may we continue to read and admire him forever.’

‘To my immense good fortune, I arrived at Cape just as Philip Roth was beginning the extraordinary final period of his career, producing a sequence of novels that cemented his place as one the greatest American novelists of the twentieth century. It began with Sabbath’s Theater, and continued all the way through American Pastoral, I Married a Communist and The Human Stain, to Everyman and Nemesis.’