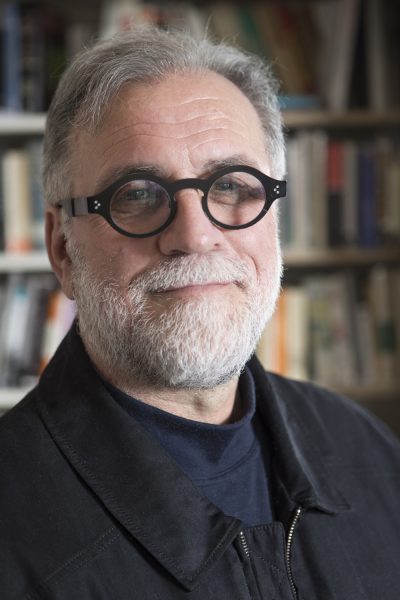 Telling tales: Moreno Giovannoni on ‘The Fireflies of Autumn’

Moreno Giovannoni’s The Fireflies of Autumn (Black Inc., July) is a collection of loosely connected short stories, describing life in the Tuscan village of San Ginese. ‘[It] reads like top-notch European literature, and Giovannoni’s naturalistic prose and gentle irony is confident without being showy,’ writes reviewer Chris Saliba, who spoke to the author.

What inspired you to write these stories?

The village of San Ginese is based on the village where my parents and I were born and which we left to come to Australia on a ship in the late 1950s. I always wanted to tell the story of San Ginese as part of the agricultural society that gradually disappeared through the sixties and seventies. My aim was to create a fictional world with the flavour of the real place. The names of almost all the characters are the real names of the people I know who have since died. Using the real names kept me close to them in my heart as I was writing. Emotion is important to me.

The stories have a sly, ironic humour mixed with an earthy naturalism. Who are some of the writers that inspired your style?

Before starting to write the book, I’d been re-reading all of Anton Chekhov’s stories as well as Hans Christian Andersen, Italo Calvino’s Marcovaldo, Isaac Bashevis Singer and Amos Oz. I’m a bit of a Europhile and was also deeply influenced in my adolescence and early adulthood by the French and Italian authors I studied at university, including Albert Camus and Cesare Pavese.

I also loved the Russian authors. I read French and Italian authors in the original but the Russians I had to read in translation. There was a tone about the translations that wasn’t quite perfect in English, and I tried to replicate this in my book. I deliberately avoided writing an elegant kind of English and preferred Latinate words to Anglo-Saxon words. I combined it with an omniscient point of view. I wanted it to be almost like God looking down and watching the silly humans go about their lives yet loving them anyway.

I also loved the ‘telling’ of the European writers of the 19th century and the first half of the 20th century, rather than the ‘showing’ which is popular nowadays, especially in Australia. When I did my master’s degree in creative writing I remember being annoyed when people would tell me that I had to show the reader what was happening rather than telling. Because a lot of the material for the tales had come to me orally through my parents and because my favorite writers would tell rather than show, my work started to sound more and more like oral tales. People have said there is a fable-like quality in the work and this makes me very happy.

Tuscan peasants themselves would be naturally sly, because resources were scarce and you had to look after your own interests. They were subject to the vagaries of the weather, pests and illness and were familiar with death. My maternal great-grandfather was an only child but only because he had six siblings who died. You needed a sense of humour to get by and it was inevitably ironic.

The book describes a wide range of characters, from cobblers and pig merchants to communists and fascists. How did you go about creating such a broad dramatis personae?

In a small village you tend to know everyone’s business and of course their politics. There is a wide range of occupations because you try to get everything done locally. I found in the village an almost limitless supply of people, attitudes and behaviours. Both my parents talked to me throughout my childhood about the people back in the village, which houses they lived in and what they were like. I also heard about any special events that may have happened—feasts, accidents, births and deaths. When I lived there in the late 1960s, I went to secondary school for a year and then to university in Pisa. I got to know many of the people my parents had told me about.

Are you working on anything new?

I am currently doing some research for a fictional account of the life of the Italian community in north-east Victoria, around Myrtleford, in the 1960s, where I grew up. It was a very large Italian community and we almost outnumbered the descendants of the earlier Scottish, English and Irish immigrants.

There are two recent books I can’t separate: The Voice Imitator by Thomas Bernhard, translated by Kenneth Northcott (University of Chicago Press) and The Emigrants by W G Sebald, translated by Michael Hulse (Vintage).