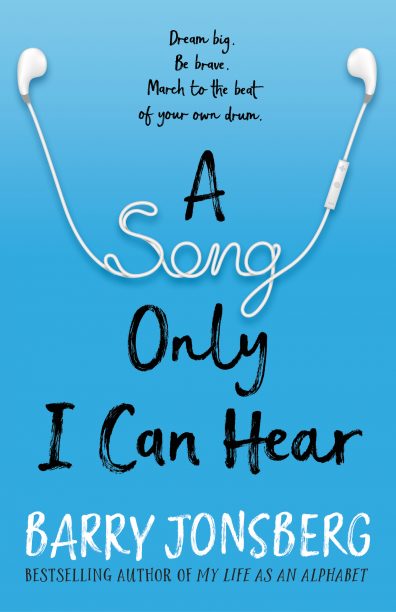 A Song Only I Can Hear (Barry Jonsberg, A&U)

Rob Fitzgerald is 13 years old, painfully shy, prone to panic attacks, and desperately, disgustingly in love for the very first time. Rob begins receiving texts from an unknown phone number, challenging him with tasks designed to build his character into something altogether more ‘boyfriendable’. Barry Jonsberg’s new middle-grade novel is the kind of coming-of-age story readers will latch onto with a love and enthusiasm that is boundless. As a comedy, it shares a lot in common with The Secret Diary of Adrian Mole: wry turns of phrase, cringe-worthy awkwardness, even a protagonist who writes uniquely awful poetry. In an impressive feat of narrative sleight-of-hand, the novel also grapples with issues of gender identity, and the treatment is especially powerful. To discuss any further would be to veer heavily into spoiler territory, but safe to say that it is subversive, surprising, moving, complex, and revelatory. With the release of A Song Only I Can Hear, it may finally be time to stop describing every emotionally intelligent middle fiction book as ‘the next Wonder’; Jonsberg has raised the already very high bar. In other words, give this book to everybody—it is urgent fiction and a true must-read.

Phil Lesnie is an illustrator and bookseller at Kinokuniya, Sydney