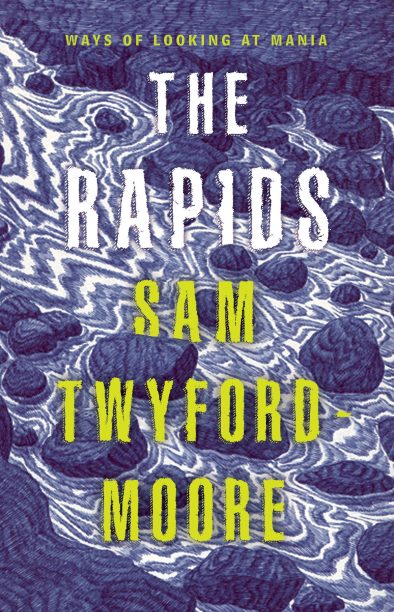 The Rapids: Ways of Looking at Mania (Sam Twyford-Moore, NewSouth)

Sam Twyford-Moore’s The Rapids is a fascinating exploration of the fragility of the mind, states of mania and how mental ill-health is treated in art and popular culture. Having been diagnosed with manic depression himself, Twyford-Moore interweaves snippets of his life—these parts are written in micro-sections that span the length of the author’s concentration at the time of writing—with astute dissections of how mania is represented in film, music and literature. Part memoir and part cultural essay, The Rapids opens with a man stark naked in the street. We soon learn he is Jason Russell, the creator of the infamous viral YouTube documentary Kony 2012, who is experiencing a manic episode just days after his instantaneous rise to internet notoriety. The Rapids uses examples like this to show how easily the mind can break and to reveal the acute sense of shame and vulnerability that can plague those who traverse the extreme highs and lows of this condition. The book also delves into the minds and creative works of celebrity manic-depressives—rapper Kanye West, actors Carrie Fisher and Spalding Gray, and film director Paul Thomas Anderson—while also applying the same analytical lens to the author’s own experiences. At times, this creates a distance between Twyford-Moore and the reader, but his insightfulness, intelligence and skill as a writer make The Rapids a compelling read. It will particularly appeal to art and culture nerds and anyone interested in learning more about the realities of living with manic depression.