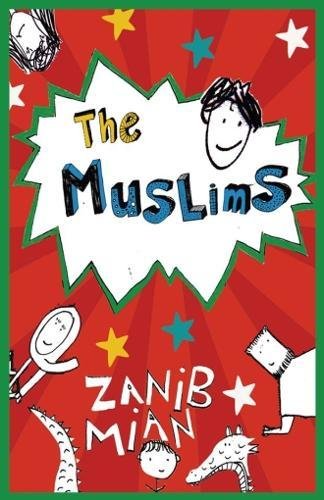 The Muslims by Zanib Mian (Sweet Apple Books) has won the 2018 Little Rebels Children’s Book Award in the UK for radical children’s fiction, reports the Bookseller.

A chapter book written in comic-book style, The Muslims tells the story of Omar, a proud Muslim boy who is keen to apply Islamic teachings to his life, as he navigates a new school and its bully. Judge Patrice Lawrence described the winning book as ‘a very funny and very effective challenge to the widespread misrepresentation of Muslims in the news’, adding, ‘More children need to get to read this book’.

Mian published The Muslims through her own independent publisher, Sweet Apple Books, in response to reports of a rise in faith-based bullying.

Awarded by the Alliance of Radical Booksellers, the Little Rebels Children’s Book Award is open to fiction for children aged up to 12 that ‘promotes or celebrates social justice and equality, challenges stereotypes or is informed by anti-discriminatory concerns’.

The 2018 winner was announced at the London Radical Bookfair on 2 June.