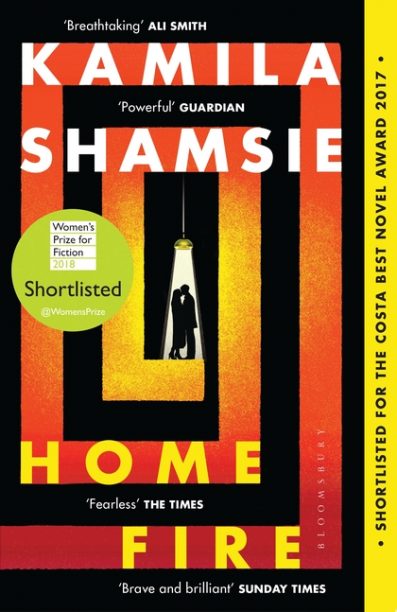 Home Fire, which reworks Sophocles’ tragedy Antigone to tell the story of a British Muslim family’s connection to the Islamic State, was described by the judges as a book that ‘spoke for our times’. This is Shamsie’s first Women’s Prize win, after being shortlisted in 2009 for Burnt Shadows and in 2015 for A God in Every Stone (both Bloomsbury).

Home Fire was chosen from a shortlist of six. Chair of judges Sarah Sands praised Home Fire as a book that ‘sustains mastery of its themes and its form’. ‘It is very readable, it’s extremely well written, it’s well plotted, it’s something that could easily be a brilliant television series or film,’ Sands told the Guardian.

The £30,000 (A$51,542) prize is presented annually to the best novel of the year written in English by a woman. This is the first year the prize has been known by a title that did not include a sponsor. Instead, the prize will be supported by ‘a group of leading brands and businesses from different sectors, rather than by a single title sponsor’.