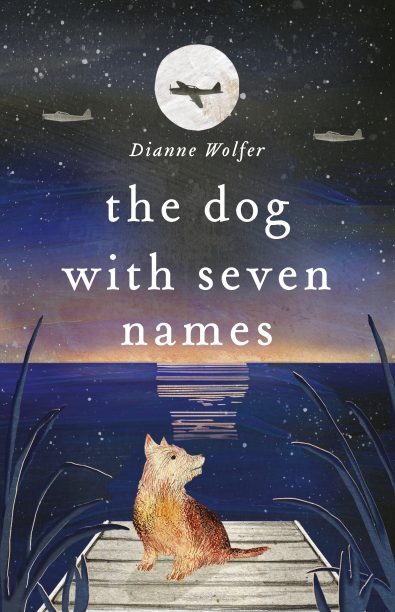 This book for middle readers uses the experiences of a dog with many owners to tell stories of Australia during wartime. While her family watches the running of the 1939 Melbourne Cup, young Elsie rescues the runt of a farm dog’s litter and calls her ‘Princess’. Elsie and Princess have adventures together, but World War II is unfolding and the Japanese are poised to bomb Australia. When the family evacuates their cattle station, the dog is given to a stockman, and not long after that, to a reluctant flying doctor. The dog’s adventures continue as the war goes on, but she is always hunting for ways to reunite with her beloved first owner. Wolfer is known for her historical children’s books, including Light Horse Boy and Lighthouse Girl, and this story effectively provides context to a historical war and its impact on families at home. The endnotes include a timeline and information on some of the real people and places upon which the story is based. This is a lovely depiction of the human and animal toll of war, but despite being told with compassion and care, it never quite soars. It is recommended for readers aged nine to 12 who enjoy historical fiction, and could also be used in a classroom to engage with themes of war in a gentle way.