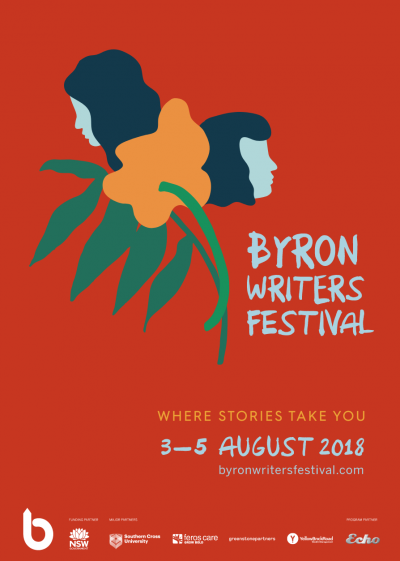 The full program for the 2018 Byron Writers Festival, which runs from 3-5 August, has been announced, featuring 140 writers, thinkers and commentators.

Among the festival’s highlights will be a discussion about coal and Adani between Greenpeace Australia Pacific CEO David Ritter and Dan Fitzgerald; journalist and academic Peter Greste in conversation with ABC reporter Jane Hutcheon; a conversation between writer Ailsa Piper and priest Tony Doherty (co-authors of The Atttachment, A&U) on their shared correspondence; a performance poem performed by Kate McDowell; and the annual Thea Astley Address delivered by former president of the Australian Human Rights Commission Gillian Triggs.

The Kids Big Day Out program will feature authors Oliver Phommavanh, Lian Tanner and Matt Stanton, among others.

Festival director Edwina Johnson said: ‘This year the stories in our program will take us from the wilds of New Zealand to North Korea, Tuscany and back home to near-by Goonengerry. We traverse much territory including anxiety, crime, the Frontier Wars, the Anthropocene, science, comedy, immigration, the wellness industry, and poetry. We explore music, whales and romance and debate whether reading can make you happier.’