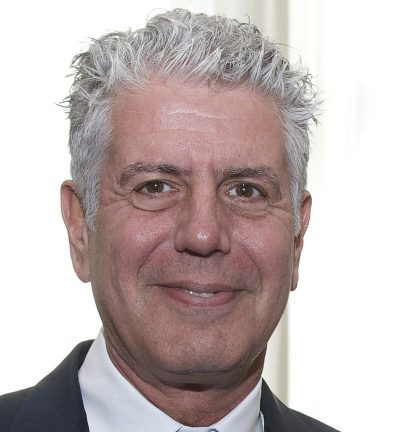 US chef, writer and publisher Anthony Bourdain has died, aged 61.

Bourdain was the author of several books, including his influential memoir Kitchen Confidential: Adventures in the Culinary Underbelly, which chronicled his early years working in restaurant kitchens around New York, the follow-up memoir Medium Raw, and his 2016 cookbook Appetites (all Bloomsbury). Before Kitchen Confidential, Bourdain also published two crime novels with Canongate: Bone in the Throat and Gone Bamboo.

In 2000, Bourdain launched an eponymous imprint under HarperCollins US imprint Ecco Books, for which he reportedly hand-picked each author. Ecco publisher Daniel Halpern told Eater that in light of Bourdain’s death, the imprint will end following the release of the forthcoming titles We Fed an Island (José Andrés) and Prisoner (Jason Rezaian). Halpern also told Vulture he hoped to publish a final book by Bourdain, based on a collection of essays the two had discussed.

‘Anthony Bourdain’s Kitchen Confidential was one of the very first books I took on when I joined Bloomsbury 19 years ago. It had already been commissioned by Karen Rinaldi, publisher of the newly formed Bloomsbury US. She and her husband, the writer Joel Rose, were great friends of Tony’s. Tony was opening Les Halles in Tokyo and writing emails to Joel regaling him with stories. They were so brilliant that Karen rang Kim Witherspoon his agent (he had already published two crime novels) and proposed he wrote a book about being a chef that they’d figure out on his return. Tony and Karen met in a bar and Kitchen Confidential was born.

‘Soon after my arrival at Bloomsbury Karen asked me to read the manuscript. I need to state here that at this point in my life I didn’t cook. I had no interest in cooking and not much in eating either. But this manuscript was enthralling. Anthony Bourdain’s fast-paced, muscular, powerful, darkly witty and often hair-raising account of his life as a chef had me turning the pages as if reading a thriller. There had been some anxiety that it would be hard to sell a memoir by an unknown American chef. But I thought that if I, with zero interest in food and cookery, were spellbound then others would be too. And so it turned out.

‘His combination of swagger and sweetness, his sense of adventure, his ability to turn every occasion into a party made him irresistible.’

‘From culinary topics to memoirs to rereleased novels to unknown authors, Bourdain wanted his imprint to have a wide range.

‘This is something I don’t think I could say about anyone else with that level of fame: while Bourdain was a celebrity, he was also someone that could be an editor or publisher here. He had the access we didn’t have, but also the editing skills, and was a conduit for finding books that really engaged readers. He dealt with his authors in the same way he dealt with cultures around the world: He went into it with an open mind and respect, he wanted to bring out the best wherever he could.’