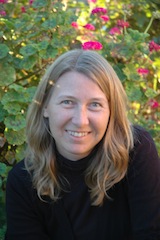 We only publish books that we love. The writing has to sing on the page and we want to be inspired, outraged, intrigued and informed by what we read. We often publish books that bigger publishers would find difficult to market, either because they fall between genres or because the subject matter is unusual or controversial—or both. Sexuality, disability, human trafficking, landmines, intersex people and toxic masculinity are all topics that have appeared in our books. We work closely with the author all the way through the process, and designing beautiful covers is important to us.

MidnightSun publishes about five to seven books per year. Because we are a small publisher, we spend time making each book exquisite in its own right. We publish everything from children’s picture books to adult novels, as well as middle-grade and YA books, but we generally stick with fiction because we really love a great story. And we like making stuff up.

We sold rights to the fantastic An Ordinary Epidemic (published overseas as Before This is Over) by Amanda Hickie to Little, Brown in the US and Headline in the UK in a six-figure deal, which was an amazing experience for a new publisher. We’ve also sold Swedish rights to the heart-warming story A Cardboard Palace by Allayne L Webster, and the Spanish and simplified Chinese rights to One Step at a Time by Jane Jolly and Sally Heinrich.

A Cardboard Palace has just come out in Sweden as Kartongslottet, so it’s still early days, but so far it’s done very well, including being picked as the book of the month for a book club. An Ordinary Epidemic has obviously been wonderfully successful.

We still believe that An Ordinary Epidemic with its domestic noir feel, about a family stuck in their house while an epidemic rages outside, will appeal to a broader audience around the world and we hope to option the film/TV rights soon. Wild Gestures by Lucy Durneen has already done incredibly well. It won the Saboteur Award for best short story collection in the UK last year and is currently longlisted for the Edge Hill Prize. We would love for a UK and/or US publisher to publish this talented writer. One day in the future, when Durneen wins the Man Booker (yes, she’s that good!), you’ll be able to say you took a chance on her.

Not yet but we are currently looking at Swedish children’s books. Because I am Swedish, I have the advantage of being able to read the books in the original language.

We have a title coming in August that has generated a lot of buzz as well as international interest and we think it will appeal to a wide general readership, in the way that Liane Moriarty and Kate Morton’s books do. Beneath the Mother Tree is author D M Cameron’s first novel and it’s a thrilling mystery with Irish mythology and Indigenous history entwined with a love story.

Next year we are publishing River Stone, the first instalment in Rachel Hennessy’s YA dystopian trilogy, ‘The Burning Days’. It has echoes of The Hunger Games and the ‘Divergent’ trilogy but with a more fallible female lead. We love it, and are sure the rest of the world will too!