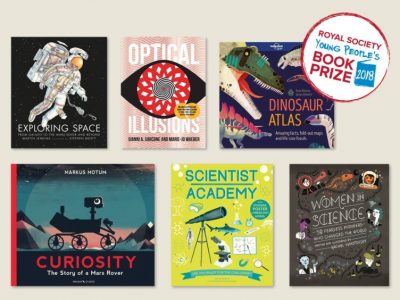 In the UK, the shortlist for the Royal Society Young People’s Book Prize for the best science books for children has been announced, reports the Irish News.

Chair of judges and Royal Society fellow Yadvinder Malhi said it was ‘wonderful to see the range of new children’s science books coming out’. ‘The books that really stood out for me were those that tried something different, that engaged the reader in a different way or presented the science on a topic that is rarely engaged with in children’s science books,’ said Malhi.

The winner of the £10,000 (A$17,850) prize is judged by a panel of adults and schoolchildren across the UK, and will be announced in November. The award aims to celebrate books for children aged 14 years and under that ‘communicate scientific topics in an engaging and accessible way’.