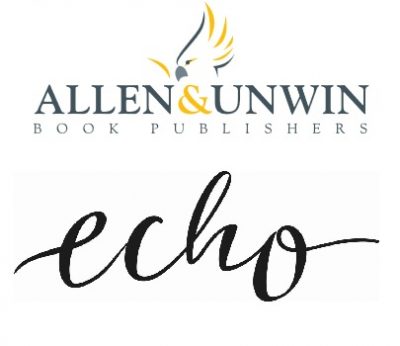 Bonnier Zaffre will also publish a selection of Echo titles in the UK in 2019 and beyond, starting with Fled by Meg Keneally.

The UK publisher also announced that Echo’s commissioning editor Angela Meyer has been promoted to the role of publisher and will continue to oversee the imprint’s focus on Australian commercial fiction from her base in Melbourne. Meyer will be supported by Bonnier Zaffre in the UK and locally by general manager Benny Agius, formerly of Exisle Publishing.

Meyer said she is excited about this opportunity for the Australian authors on Echo’s list. ‘Bonnier Zaffre brings stability, expertise and commitment to our current and future authors; and we look forward to finding new readers in the UK and in other international markets,’ she said.

‘I am so pleased Allen & Unwin’s experienced sales team will be getting behind the Echo books and authors in [Australia and New Zealand] and I look forward to working closely with both teams as we grow this business solidly into the future.’

Robert Gorman, CEO of A&U, said the publisher looks forward to adding Bonnier Zaffre’s new Australian-based imprint into the fold. ‘From international bestseller The Tattooist of Auschwitz to the award-winning Resurrection Bay, their growing list has huge potential,’ said Gorman.

Bonnier Zaffre CEO Mark Smith said, ‘it makes perfect sense for [A&U] to handle Echo Publishing. Angela Meyer has already proven she has the publishing talent, commitment to her authors and commercial energy to make Echo a success.’