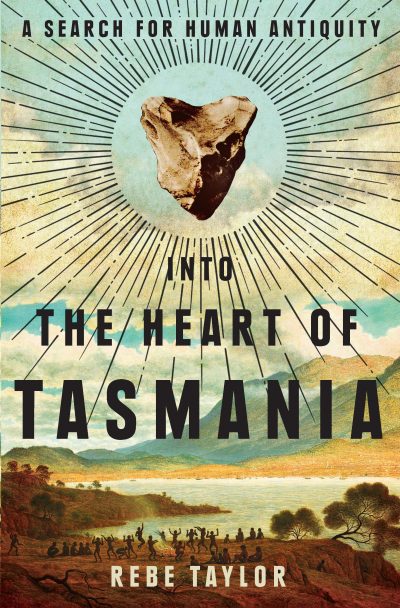 Historian Rebe Taylor’s Into the Heart of Tasmania: A Search for Human Antiquity (MUP) has won the inaugural Dick and Joan Green Family Award for Tasmanian History, reports the Advocate.

The new biennial $25,000 award intends to promote Tasmanian history and cultural heritage and is open to all authors who publish books of original research on Tasmanian history. Established to commemorate the contributions of Dick and Joan Green (who were key players in the establishment of the National Trust in the 1960s), the award is a joint initiative of the Green family and the University of Tasmania.

Based on research housed in the museum archives in Oxford and Tasmania, Taylor’s book is both an exploration of English gentleman Ernest Westlake and a history of Aboriginal Tasmania.

‘The story of the Tasmanian Aboriginal people has been told again and again in the context of British history, [but] it has always been a story of shame,’ said Taylor, who is a senior research fellow at the University of Tasmania. ‘What I want to keep doing as a historian, and going forwards, is look to ways to tell that story, not always about shame and ending, but about the future, about endurance—that’s what this book is about.’

Into the Heart of Tasmania was chosen from a shortlist of three, which included A History of Port Davey, South West Tasmania Vol. 1: Fleeting Hopes (Tony Fenton, Forty South Publishing) and Beneath the Mountain: A History of South Hobart (Alison Alexander, South Hobart Progress Association).

For more information about the Dick and Joan Green Family Award for Tasmanian History, see the award’s website.

Tags: Dick and Joan Green Family Award for Tasmanian HistoryInto the Heart of Tasmania: A Search for Human AntiquityRebe Taylor