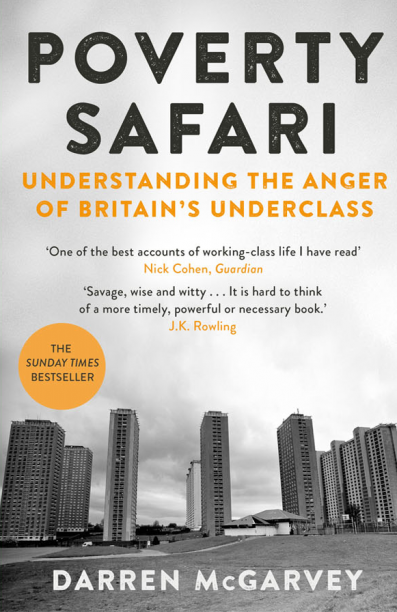 In the UK, Darren McGarvey, also known as the rapper ‘Loki’, has won the £3000 (A$5547) Orwell Prize for Books for Poverty Safari: Understanding the Anger of Britain’s Underclass (Luath Press).

Chair of judges Andrew Adonis said McGarvey’s exploration of working-class poverty in contemporary Britain was a work Orwell ‘would have loved’. ‘It echoes Down and Out in London and Paris and The Road to Wigan Pier. It is heart-rending in its life story and its account of family breakdown and poverty … It made me see the country and its social condition in a new light,’ said Adonis.

A new paperback and ebook edition of the book will be published by Picador UK in August, in partnership with the title’s original Edinburgh-based independent publisher Luath Press. The Pan Macmillan imprint announced this week it would use its ‘scale and global reach to get this book to the even larger audience it certainly deserves’.

The annual prize is awarded to a work that comes closest to George Orwell’s ambition ‘to make political writing into an art’, and is presented alongside separate prizes for journalism and ‘exposing Britain’s social evils’.

For more information about McGarvey and this year’s winners, click here.