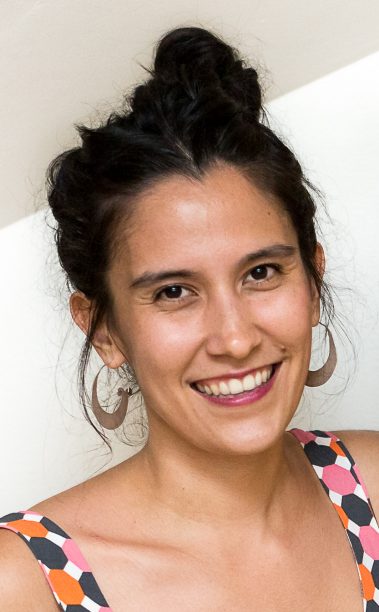 Established in 2015, Spun: True Stories Told in the Territory evolved from a quarterly live storytelling event in Darwin that showcases ‘extraordinary stories by ordinary people’. Hosted and produced by Jess Ong, alongside Rosa Ellen (sound designer and co-producer) and Johanna Bell (executive producer), each episode presents a selection of true, personal stories from the live event. ‘Authentic voices from regional and remote Australia are somewhat lacking in the world of podcasts,’ said Ong. ‘The team and I had heard from friends and peers that they were desperate to hear something different.’ She spoke to Books+Publishing for our ‘podcast spotlight’ series.

Spun Stories podcast is an aural adventure to Australia’s Top End, where listeners can peer into the wild and wondrous backyards of locals. The podcast is a curated selection of true, personal stories from Spun Stories’ live events, and shines a light on everyday Territorians who carry some pretty exceptional experiences.

Darwin and the Northern Territory is mainly known around Australia for the NT News, our laid-back attitude and crocodiles, and while we pride ourselves on these stereotypes, there’s more to us than this! Busting those myths and revealing to the rest of Australia—and the world—the complex, challenging, hilarious, triumphant, intelligent, sensitive, resilient characters who call the NT home is what makes our podcast different and exciting.

The Spun Stories podcast is my first foray into podcasting, so I was lucky enough to land on my feet! I’d been a story producer for the live events for a few years before the podcast came to life in 2017, and somehow managed to score the gig of host and producer.

I’ve been a podcast listener for a while, and back in the day would devour This American Life (like the rest of the world I had the hots for Ira Glass, and going to his show in Brisbane in 2012 had me writhing in my seat). Hearing the innovative, perceptive approach This American Life took to storytelling really opened up my eyes and ears.

In the early stages I attempted recording under a doona, which isn’t something I recommend doing in Darwin! I had rivers of sweat running off me so that approach was canned. Our sound editor Rosa and I then stepped it up a notch and opted for a warehouse studio, but found ourselves recording in the middle of a smashing storm where all you could hear was thunderous rain on a tin roof!

Those days seem so long ago as we’re now officially adults and record the podcast in a small studio that we hire from a local creative media organisation who do lots of work in Indigenous communities.

The team consists of Rosa, Johanna and me—we like to keep things cosy! As the podcast is a curated selection of our live events, Rosa and I start with a longlist made up of stories from the last three years of shows. We’re lucky to have so much content to choose from but because we only have six or seven episodes per season (one story per episode), we’ve got to be tough nuts when making the final decision.

The majority of listeners are in Australia, but we do have a bit of a following in the Philippines and the US, and surprisingly, listeners in Turkey, Belgium and Bhutan!

One of our most played tracks is a story by Timmy Duggan—he was the first Territorian to play in the NBL at the height of basketball hype in the 1990s. Timmy’s a vivacious, charismatic character, and his story was a beautiful blend of his sporting success and his quiet urge to return home.

Another is a true Territory love story between a couple, Nick and Weed. Hot tip—don’t discount the role a citizens band radio can play when you’re looking for love! It’s an endearing story, made all the more special as Weed sadly passed away last year.

I can’t really pick a favourite storyteller because they’re all legends! During the producing process (normally around eight to 10 weeks), we develop a pretty intimate relationship with the storyteller. I liken it to going on a first date and then suddenly getting married. We enter their homes, hear about their lives, their struggles, their triumphs and work with them to reach a point of vulnerability that eventually makes its way to the stage. It’s an incredible privilege to get to know someone so quickly and have them trust you with their story.

It’s really cool to see more Australian podcasts popping up, particularly from regional and remote areas. Two great podcasts have come out of Darwin recently (To the Island by Rosa Ellen and Lost in Larrimah by Kylie Stevenson/the Australian) and that’s really exciting—we’ve almost got a podcast posse happening up here now!

We also have some gangbuster audio festivals happening: the independent Audiocraft, which is run by a powerhouse bunch of women and whose recent third festival was 100% top notch, and ABC’s OzPod, which plays a huge part in making sure makers and listeners in Australia aren’t left behind or out of the conversation.

I’m really interested in the space podcasting opens up for new stories to be told, ones that sit outside of the usual suspects. One example is ESPN’s 30for30 podcast, which is fundamentally about sport but don’t shut the front door because these stories are illuminating and unexpected! I especially recommend their most recent, which is all about Bikram yoga—it’s an immense story but so thoughtfully told.

I think podcasting has gone wild because there’s so much possibility: you don’t need to be a whizzbang audio guru with complex layers of sound; you can keep it simple and the outcome will still be just as sexy. I also love that the format transcends social, geographic and economic boundaries, so not only are worlds are constantly opening up in front of you, but the truths from those worlds are able to escape.

As a maker, it’s relatively easy to experiment and to take some sensible risks that aren’t necessarily as accessible with other forms of media. And as a listener, the format can work around you—life doesn’t have to stop when you listen to a podcast. That said, I do really like the idea of being fully present, perhaps practicing some slow listening …

Spun Stories’ podcast is generously supported by Darwin International Airport, and has been from the very beginning. We nearly fell over when the funding was confirmed because how often do you hear of an emerging podcast securing this?! We’re really lucky that Darwin International Airport shares the same vision we do: for Territory stories to take flight, and for interest in the NT to be piqued.

Rosa and I are starting work on season five and looking to mix things up by way of sound, structure and voice so keep your ears open!

What other bookish podcasts should we be listening to, Australian or otherwise?

You can’t go past The Wheeler Centre; my mouth drops open every time a new program lands in my inbox! Modern Love is always a special, fulfilling listen, and this one’s not exactly bookish, but Meat by Jonathan Zenti is just a brilliant podcast full stop. It’s about our bodies and the lives we live because of them, and is a confronting, sensitive, and at times, uncomfortable listen—get into it!

To have upcoming interviews delivered straight to your inbox, and stay up-to-date with Australian book-industry news, sign up to our Weekly Book Newsletter. To access all of Books+Publishing’s features, news and interviews, purchase a subscription here.