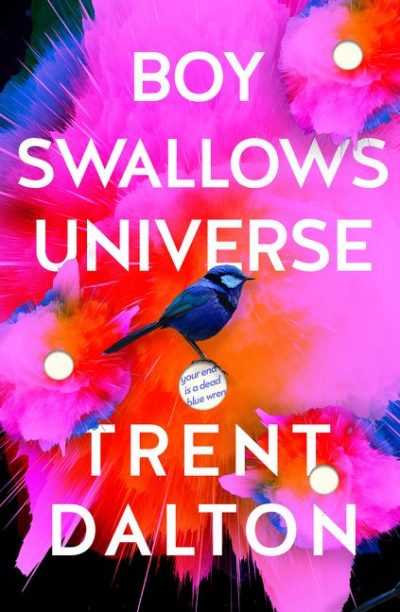 ‘Boy Swallows Universe’ to be published globally through HarperCollins

HarperCollins Australia has announced a global deal for Trent Dalton’s debut Boy Swallows Universe that will see the book published through HarperCollins companies across major English and translation markets.

HarperCollins Australia rights manager Libby O’Donnell negotiated the six-figure global deal, which will see Dalton’s novel published in the UK, the US, and across 12 other language markets, including Germany, France, the Netherlands, Italy, Spain, Portugal, Sweden, Denmark, Norway, Finland, Poland and Japan. The publisher says that translation rights for several other major territories are still in negotiation.

Boy Swallows Universe is the coming-of-age tale of teenager Eli Bell, set against the street-level drug trade in 1980s Brisbane. Reviewer Doug Wallen called it an ‘extreme fable about living with the effects of trauma’.

Dalton is the first Australian author to be included in the HarperCollins Global Publication Program, which allows the company’s global publishing teams to shape a unified publishing and promotional strategy for the novel.

President and publisher at Harper US Jonathan Burnham said, ‘Once in a publishing blue moon, a novel comes along which stakes out a very special space for itself. It’s usually non-conformist and brave. It breaks the usual templates and creates new rules. And it’s usually a huge bestseller. Zen and the Art of Motorcycle Maintenance, The Curious Incident of the Dog in the Night Time, Everything is Illuminated, A Heartbreaking Work of Staggering Genius, among others … it’s a short but powerful list. Boy Swallows Universe falls into this canon. It’s moving, brilliant, quirky, funny, haunting, and opens up new horizons.’

A coordinated global release is currently slated for 2019.