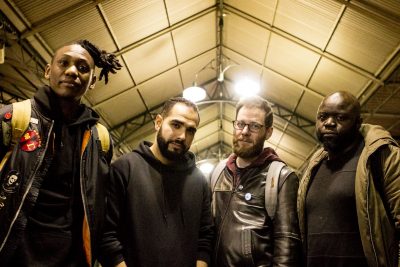 Slam poets to represent Australia in the US

Four Melbourne-based slam poets will compete in the US National Poetry Slam in August this year.

Poet Tenda McFly, the winner of a slam event held during the inaugural Melbourne Spoken Word & Poetry Festival, will head up the Australian team travelling to Chicago to compete in the US National Poetry Slam. McFly will be joined by runners-up Nour Abouzeid, Ziimusic and Tim Evans, and the team of four will compete against 80 other slam teams at the event.

Melbourne-based slam poetry series Slamalamadingdong hosted the Melbourne slam event, and is now seeking to raise $20,000 to cover travel costs for the team. This is the second year Slamalamadingdong has sent a team to the US National Poetry Slam.

‘Slam is the universal language of poetry performance and every City of Literature has a thriving slam scene but none are as rich and diverse as ours. I am so excited that we will once again be represented on a world stage,’ said director of the City of Literature Office, David Ryding, who is helping to promote the fundraising campaign.

The National Poetry Slam will be held 13-18 August in Chicago, Illinois.