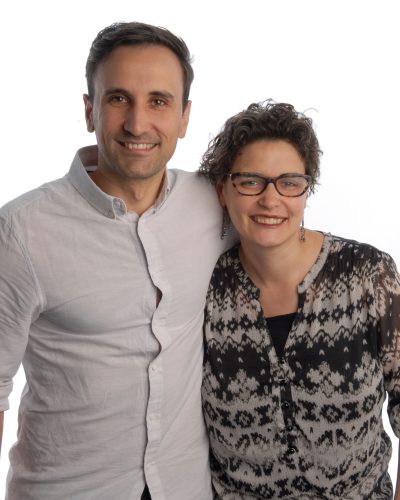 Reaching out: Ambelin and Ezekiel Kwaymullina on ‘Catching Teller Crow’

Ambelin and Ezekiel Kwaymullina’s Catching Teller Crow (A&U, September) is a ‘distinctly Australian hybrid YA novel that blends thriller, crime and ghost story elements’, writes reviewer Karen Wyld. Told in two voices, one in prose and the other in verse, the novel follows Beth Teller, a young Aboriginal girl who can communicate with her detective father after her death, and Isobel Catching, whose story holds the clues to a series of interconnected crimes. Reviewer Karen Wyld spoke to the authors.

You have previously produced books together and with other members of your family. What do you like about working together?

Some parts of writing are fun, but most of it is not. Most of it is long, tedious hours of doing things such as reading the same paragraph over and over and over (only to decide, once you’ve finally got the paragraph right, that it should be cut altogether), and agonising over a thousand tiny editorial decisions. It’s so much better to have someone to talk to, to share ideas with and to find ways together to make the story better.

Your book is being marketed as a ghost story for young adults. How does the concept of ghost stories fit within your culture?

We are Aboriginal writers of speculative fiction, but much of what the West regards as ‘speculative’ is part of the everyday for the Indigenous peoples of the world. Aboriginal knowledge traditions have always included communicating with those whose journey has taken them beyond this cycle of being. So we don’t think of it as a ghost story. It’s just a story about people at different stages of their existence, a story of the moments when those existences intersect and when they diverge, and a story of how people can connect with each other even across different sides of life and death. Or as Beth puts it in the book: ‘Maybe all hopeful thoughts were just someone who loved us, reaching out from another side’.

The story unfolds through two distinct voices—one in verse, and the other prose. Why did you choose this style?

From our perspective, it wasn’t us who chose. We wrote the story in the voices in which Beth and Catching spoke. The prose sections—the long sentences, the big words—this is Beth’s voice. The verse sections—short sentences, small words—this is Catching. Each voice has a different rhythm. To us, Beth’s runs like a river, sometimes fast and sometimes slow, but always saying a lot. Catching is more like the beat of the rain, sometimes steady and sometimes sharp and uneven. She says little, but every word has weight.

Beth Teller, the protagonist, and Isobel Catching are both resilient young Aboriginal women who have been through recent tragedies. How important is it to have YA novels that portray strong girls and women?

There have been so many lies told about Aboriginal women and girls, so many false stories that denied the power, beauty and strength of generations of grandmothers, mothers, aunties, sisters and daughters. It matters profoundly that Aboriginal voices can speak our truths now and attest to the reality that we have always known: that each of us owes so much to the courage and the fathomless strength of all the Indigenous grandmothers, mothers, aunties, sisters and daughters who went before us. Or, in the words of the theme of NAIDOC Week 2018: ‘Because of her, we can’.

What was the last book you both read and loved?

Alfred’s War, written by Rachel Bin Salleh and illustrated by Samantha Fry (Magabala). This is an Aboriginal picture book filled with layers of meaning: it tells of the courage of Aboriginal soldiers in World War I and the injustice of how they were treated afterwards; it speaks through nuanced, gentle prose and soft, haunting pictures; and it was created by two proud, strong Aboriginal women.