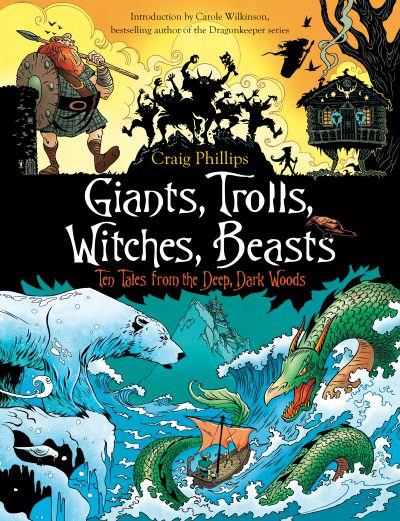 The winners of the 2018 Ledger Awards for excellence in Australian comics and graphic novels were announced in Sydney on 6 July.

Two works received Gold Ledger Awards: Giants, Trolls, Witches, Beasts: Ten Tales from the Deep, Dark Woods (Craig Phillips, A&U), a collection of myths and legends from around the world retold as comics; and online serialised comic Reported Missing (Eleri Harris, TheNib.com), which delves into Tasmania’s most controversial murder case, the conviction of Sue Neill-Fraser, who was charged with the murder of her de facto partner Bob Chappell who went missing in 2009.

No Bronze Ledgers were awarded this year.

Tim McEwen received the Platinum Ledger for contribution to Australian comic arts and community, while Moira and Kathleen Bertram and Yaroslav Horak were the recipients of the Ledger of Honour Hall of Fame Award.