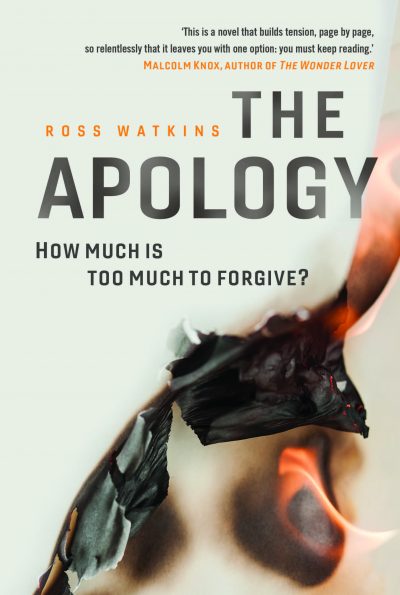 A gripping psychological drama about family, betrayal and the limits of forgiveness from a riveting new voice in Australian fiction.

Set in Western Sydney, The Apology by Ross Watkins is unsettling, unexpected and a rare mix of intricately crafted prose and clever plotting, with a prologue that begs you to keep reading.

Adrian Pomeroy teaches English at a boys’ school ‘full of bullshit artists in blazers’. When he finds himself at the centre of an allegation that might end his career, his life starts to unravel in spectacular fashion. With a police investigation underway, Adrian turns to his detective brother for help, but Noel is battling crippling demons of his own.

As the repercussions of this one accusation lead to the implosion of Adrian’s family, he can no longer ignore the secrets buried in his own past.

With the same explosive examination of family dynamics as Christos Tsiolkas’ The Slap and Herman Koch’s The Dinner, The Apology is a shocking portrait of the lies we tell ourselves and each other in order to survive.

Ross Watkins is an author, illustrator and a Senior Lecturer in Creative Writing at the University of the Sunshine Coast. The Apology is his first adult novel.

The Apology by Ross Watkins
August 2018

WIN: Email jeans@uqp.uq.edu.au for your chance to receive one of 10 advance copies of The Apology.

The Advance Copy Giveaway is sponsored by the publisher. To feature your title in this section, contact advertising@thorpe.com.au.