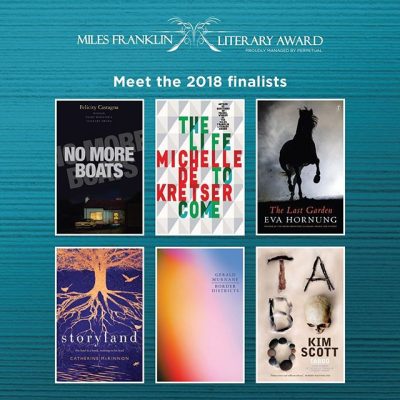 The shortlist has been announced for the Miles Franklin Literary Award—one of Australia’s most influential literary prizes. The judges have described the shortlist as ‘diverse and intelligent’.

The shortlist for the Australian Christian Book of the Year has also been announced.

Among international awards, an anthology by Australian speculative-fiction publisher Twelfth Planet Press has won a Locus Award for science-fiction and fantasy. Luminescent Threads (ed by Alexandra Pierce & Mimi Mondal) is a collection of tributes to science-fiction author Octavia E Butler.