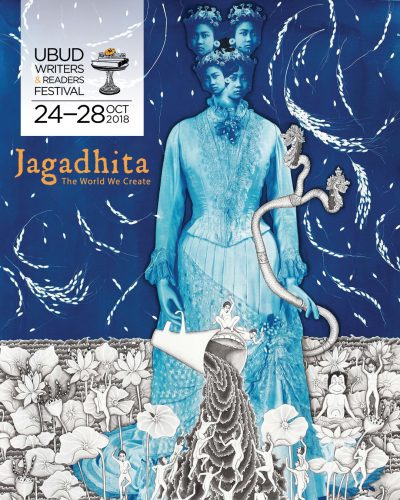 The Ubud Writers & Readers Festival (UWRF) has made its first announcement of guests joining the 2018 festival, which will run from 24-28 October in Ubud, Indonesia.

The full program will include more than 150 writers, artists, thinkers and performers. The theme of this year’s festival is ‘Jagadhita’, meaning the individual pursuit of universal harmony and prosperity as one of life’s primary goals, interpreted in English as ‘The World We Create’.

Over four days, the festival will explore ‘countless ways to create a world that we want to live in’, ‘how we strive as individuals and as communities to manifest positive change’, and ‘how to nurture this goal through respect and action that sustains compassion for each other and ourselves’.

The full lineup will be released in mid-August. The festival is selling early bird tickets to the festival program, which includes the 2017 Bilingual Anthology of Emerging Indonesian Writing.

To find out more about this year’s festival, click here.