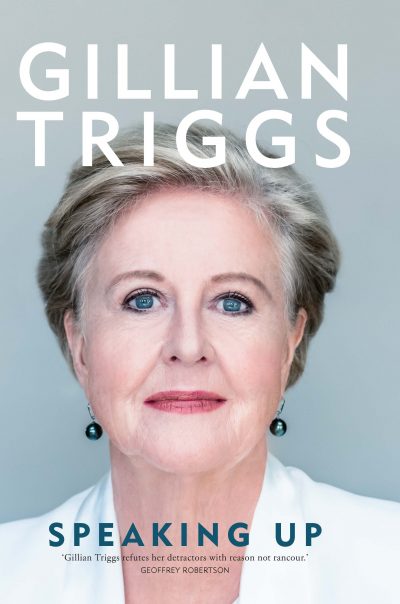 A self-described ‘conservative lawyer’ of nearly 50 years, Gillian Triggs attracted a barrage of criticism from right-wing politicians and media during her tenure as president of the Australian Human Rights Commission. In her memoir, Speaking Up, Triggs doesn’t settle scores or involve herself in ideological battles. Rather, she uses her skills and experience to discuss a range of human rights issues, from the treatment of asylum seekers to the same-sex marriage vote. A strong theme that emerges in each essay is how laws set by Parliament are increasingly inconsistent with the rights that Australians have inherited from the common law. For example, Triggs covers how asylum seekers can be detained indefinitely yet the Magna Carta prohibits imprisonment without charge. She also reminds readers that the laws set by Parliament are often at odds with Australia’s legal obligations under international human rights treaties. Passionately argued yet calm in its analysis, Triggs’ memoir provides a formidable survey of Australia’s human rights record, its successes and failures. Each essay reveals someone who has thought long and hard about these issues. A wise book that has much to teach, Speaking Up will appeal to anyone concerned about Australian democracy, human rights and the law.