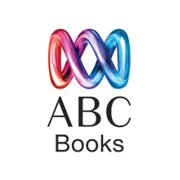 Cochrane, who is based in Bangkok, reported on the rescue effort to save 12 Thai boys and their coach from the Tham Luang cave in Thailand. He broadcasted live on ABC TV and ABC Radio from the cave on the day that the first group of boys were brought out of the cave, and posted social media updates for 18 hours straight.

‘My book will tell the inside story of what happened in the cave in Thailand and how the rescue unfolded outside,’ said Cochrane. ‘What I want to do is give readers a sense of who the boys are, what role the coach played, what went unreported—the near mishaps as well as the political negotiations.’

The book will be published in Australia under the ABC Books imprint in December and published in the US under the Harper One imprint, headed by Judith Curr. HarperCollins says it expects to sell into more territories over the next few weeks, with interest from China, UK and Europe.