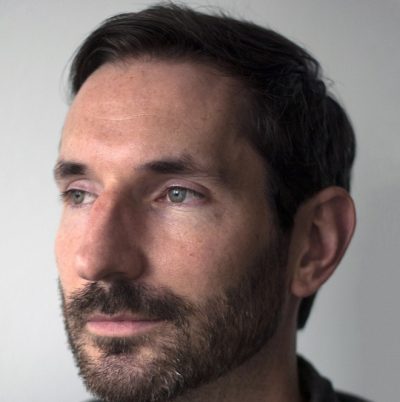 Giramondo has long been committed to publishing diverse, unusual and genre-defying work, in prose and poetry. We focus on developing the voices of authors who are somewhere outside the mainstream, with a commitment to a cosmopolitan mentality, publishing work from more experimental writers, and writers from migrant and Indigenous backgrounds. We’re proud to publish authors such as Alexis Wright, Gerald Murnane, Brian Castro and Ali Cobby Eckermann—all of whom have found success with Giramondo, even though their work was underappreciated at the time they began publishing with us, in part because it didn’t fit into recognised literary moulds. We’re committed to supporting such unusual voices—and committed to literary quality as the basis of what we do.

We’re fortunate to have had awards success with many of our authors, winning most major literary awards in the country and developing an international profile for publishing adventurous and rewarding work. We’re a very small team, and stay small to be able to publish work whose appeal might not immediately be evident, but we believe strongly in the work of all the authors we publish, including those who take time to find a readership—so it’s affirming to see it recognised, whether through literary awards, sales or international recognition. We’re fortunate in this to have support from the Writing and Society Research Centre at Western Sydney University, both for its institutional backing and its links to innovative writers.

How many books does Giramondo publish each year—and what kinds of books?

Our list has grown in recent years. We aim to publish about a dozen books a year, though 2017 was Giramondo’s biggest to date, with 18 books published in all; this year we’ll publish 12 titles. Our list is very much at the literary end of the spectrum—we publish in fiction and nonfiction, and about half our list is poetry. Currently we’re also developing a small young adult list, and making inroads into illustrated literary publishing. And we’re committed to publishing works in translation, from our region and from the southern hemisphere.

Have you sold international rights to your books? Which titles have been the most successful overseas?

We’ve had a fair amount of success selling international rights around the world. Most striking recently has been the growing international prominence of Gerald Murnane, who has turned from a cult figure into a small international sensation. His work has sold widely and been the subject of much media attention in the United States, as well as selling into Spanish, German and Arabic. Alexis Wright’s books have been widely published and translated, in the US, UK, China and France. We were pleased recently to sell Felicity Castagna’s first adult novel, the Miles Franklin Literary Award-shortlisted No More Boats, to Europa Editions in North America and the UK. Other authors who’ve been published overseas include Evelyn Juers, Mireille Juchau, Michael Mohammed Ahmad, Emma Lew, Brian Castro, David Walker and Tom Cho.

Have you acquired the rights to publish any international titles in Australia? Which titles have been the most successful?

We acquire a small number of international titles, and we’re primarily active in acquiring translations rights for fiction and nonfiction—recently we’ve translated works from Argentina and China, and we’re working on books from Chile, Spain and China at the moment. We’re particularly interested in acquiring books (in English language and translation) from South America, New Zealand, southern Africa and Indonesia, for our Southern Latitudes series, which focuses on literature of the southern hemisphere.

Beverley Farmer, whose final book This Water we published in 2017, and who passed away earlier this year, was a writer of remarkable formal agility and an extraordinary prose stylist. She wasn’t a prolific author, especially in her later years, but her work in both fiction and in hybrid essay-fiction-memoir forms stands equal to her peers internationally, and is an important precursor to some of the experimental and genre-crossing work being written at the moment.

Felicity Castagna’s No More Boats, about an Italian-Australian family’s encounter with Australia’s refugee crisis, is vivid, visual and topical, and would translate very well to screen. I also think Felicity’s first young adult novel, The Incredible Here and Now, which won the Prime Minister’s Literary Award and was recently adapted for the stage, has great potential for adaptation.

Tom Lee’s debut novel Coach Fitz I think will have international appeal—a novel about running, landscape and obsessiveness. It’s comic and philosophical at once, with echoes of Ben Lerner, Haruki Murakami and Joseph O’Neill.

Fiona Wright’s second essay collection The World Was Whole will be published in October, and we have strong hopes for it internationally. The book is Fiona’s follow-up to the award-winning Small Acts of Disappearance: Essays on Hunger, expanding from that book’s discussion of disordered eating to look at our experience of homeliness, urban space and the ordinary. We think it will be of interest for readers of Leslie Jamison and Helen Garner.

In 2019 we’re looking forward to two remarkable works of nonfiction: philosopher Chris Fleming’s acute and often very funny memoir about drug addiction that explores a wide range of obsessions; and a fragmentary, philosophical essay-memoir by Anwen Crawford that in form recalls the work of Eula Biss and Claudia Rankine.