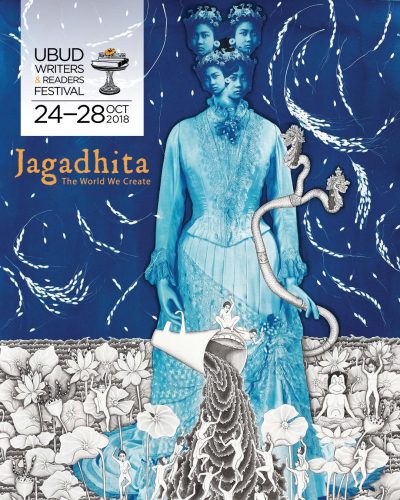 The Ubud Writers & Readers Festival (UWRF) has released the main program for its 2018 festival, which will run from 24-28 October in Ubud, Indonesia.

Some of Southeast Asia’s leading activists, journalists and political commentators programmed in this year’s festival include Sidney Jones, an expert on ‘violent extremism, insurgencies and ethnic conflict in Southeast Asia’; Noor Huda Ismail, founder of the Institute for International Peace Building; and Barbara Demick, former Beijing and Seoul bureau chief of the Los Angeles Times and author of Nothing to Envy: Ordinary Lives in North Korea (Fourth Estate).

The festival, now in its 15th year, features over 160 speakers from 30 countries.

Festival founder and director Janet DeNeefe said of the program: ‘In 2018, we’re not only celebrating our 15th year as Southeast Asia’s leading festival of words and ideas. We’re celebrating the fact that Indonesia is home to world class literature, art, film and food—and finally the world is taking notice.’