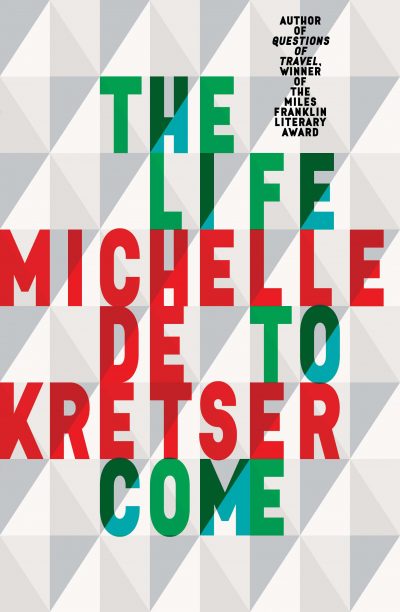 Michelle de Kretser has won the 2018 Miles Franklin Literary Award for her novel The Life to Come (A&U).

The Life to Come is de Kretser’s first novel since Questions of Travel (A&U), which won the Miles Franklin Literary Award in 2013. De Kretser is the third woman in the award’s 61-year history to win more than once, alongside Thea Astley, who has won the prize four times, and Jessica Anderson, who has won twice. On winning for the second time, de Kretser said, ‘I feel twice as lucky, twice as happy, and twice as honoured.’

De Kretser receives $60,000 in prize money, after being named winner at an event at Melbourne Writers Festival on 26 August.

This year’s panel of judges, chaired by NSW Mitchell Librarian Richard Neville, said, ‘The Life to Come is a powerful novel that effortlessly blends sharp satire of the literary world with deeply compassionate portraits of lonely people and their strategies for survival.’

‘Sentence-by-sentence, it is elegant, full of life and funny. With her characteristic wit and style, Michelle de Kretser dissects the way Australians see ourselves, and reflects on the ways other parts of the world see us,’ said judge Neville.

For further information about the award visit the website here.