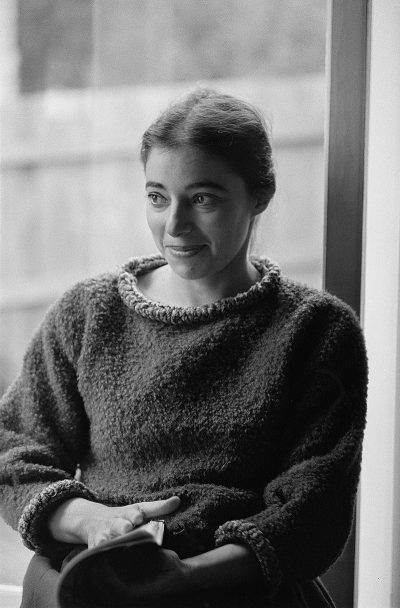 Mora and her husband, Georges, arrived in Melbourne in 1951 after surviving the Holocaust, and became entrenched in the city’s bohemian arts scene. They opened a number of cafes in Melbourne’s south-eastern suburbs, and Mora created iconic public art pieces around the city, including a mosaic mural at Flinders Street Station.

Mora’s autobiography, Wicked But Virtuous (Penguin), was published in 2000, and an art book, Love and Clutter (Viking), followed in 2003. She also illustrated From Angels With Love (Christine Zavod, Lothian) and the first edition of Guy Grossi’s cookbook My Italian Heart: Recipes From an Italian Kitchen (Lantern).

In October, Melbourne University Publishing will publish Mirka & Georges: A Culinary Affair (Lesley Harding & Kendra Morgan, Miegunyah), a book of recipes and previously unseen photographs of the couple’s life, which will coincide with an exhibition at Melbourne’s Heide Museum of Modern Art to mark Mora’s 90th birthday.

‘Vale Mirka Mora. Here’s to a much-loved woman whose artistry, kindness and humour adorned the city and suburbs of Melbourne for decades. Her spirit will live on.’

‘A talented and versatile artist, Mirka Mora possessed rare insight and sensitivity—and charmed all who encountered her. Mirka was a shining light and we will miss her greatly.’