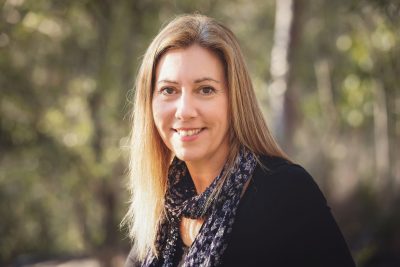 Growing pains: Karen Foxlee on ‘Lenny’s Book of Everything’

Karen Foxlee’s middle-grade novel Lenny’s Book of Everything (A&U) is ‘bittersweet tale about heartbreak and healing’ with ‘a sense of whimsy that never feels forced’. Reviewer Karys McEwen spoke to the author.

Lenny’s brother Davey suffers from a rare form of gigantism. What research was involved in writing a character with this condition?

I read a lot about pituitary gigantism and I needed to find out what treatments were available at the time. Today these conditions are treated quite readily and even in the 1970s, when the book is set, inroads into treatment were being made. So, I must stress that Davey’s condition, while based on pituitary gigantism, is a condition of my own making. Without giving too much of the story away, I needed Davey’s condition to be rare and one that baffles doctors. Davey is the boy who won’t stop growing and this of course drives the story.

America wasn’t a conscious decision. I had a vague idea for a plot but mostly just lots of thoughts about the characters, and a desire for them to live on a street called Second Street. It was only when I started to picture that place and write about it that I was surprised to see it didn’t look Australian. It was definitely an American city, and it was how I’d imagine a mid-western middle-sized city to look like. I could see it in my mind: the family’s apartment, the Greyhound bus station across the road, and moon-rock coloured Second Street that stretched forever.

I did try, rather half-heartedly, to change the setting a few times. I wondered could it be set in Australia or even England, but by that stage I had started writing about the children’s dream running-away destination, Great Bear Lake, and I knew that the States was where the story was meant to be set.

Why the 1970s? Because I was child of the 1970s and I feel very comfortable writing about that era.

The weekly arrival of the Burrell’s Build-it-at-Home Encyclopaedia is such a brilliant constant throughout the book. What was the inspiration behind this plot point?

The arrival of an encyclopaedia set in our house, when I was a child, had a profound effect on me. I can still remember the little bookshelf being constructed and how incredibly excited we were when the books arrived—so much knowledge at our fingertips! These were the days long before Google, of course. There was something about searching those pages, and really the pages of any reference book, that I fell in love with. I spent hours gazing at those pages, thinking, learning, imagining. To this day I find it incredibly calming to just spend time ‘looking up stuff’, a phrase my mum used frequently throughout my childhood.

In Lenny’s Book of Everything I was trying to recreate that joy of learning and knowledge. Lenny and Davey live in that tiny apartment on Second Street, and life isn’t always easy, but when the encyclopaedia arrives, issue by issue, they are enthralled by fireflies and flags of the world, navy insignia and the seas of the moon, insects and herds of impala thundering through their imagination. Those books bring the whole world within their reach. From a craft perspective, I also knew that the books arriving, issue by issue, would be how I timed the novel and how the story of Lenny and Davey unfolds.

The sibling bond between Lenny and Davey feels very authentic and complex. Did you draw on your own experiences to shape this relationship?

Yes, I probably did. I have two sisters and a brother. My brother and I are very close in age. I remember how many adventures we had as kids and how much we laughed and fought but also how much we cared about each other. I think I must have subconsciously drawn upon some of these countless memories, searching for the many ways brothers and sisters connect and relate to each other.

What kinds of stories were you drawn to as a child?

I loved anything with a hero’s journey: from fairytales like The Snow Queen to I am David by Anne Holme, and Sinuhe the Egyptian by Mika Waltari, which I read and reread the summer I was 11. But probably one of my favourite books was the Readers Digest book Strange Stories Amazing Facts. I loved it because it contained so many unusual facts and mysteries and things that just generally scared me beyond words: fingernails that grew after death, to haunted houses, to spontaneous human combustion. I loved to be scared!

The Girl Who Drank the Moon by Kelly Barnhill (Piccadilly Books) is filled with delightful and dangerous magic. It is so beautifully written and the story unfolds perfectly.