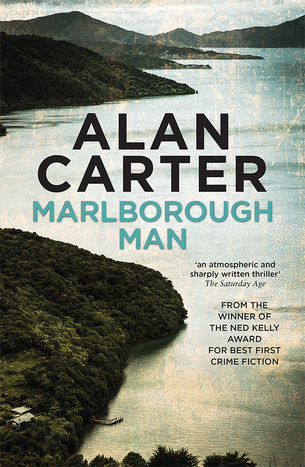 The novel, about an ex-undercover agent from England trying to distance himself from his dangerous past and settle into a quieter life as a local cop in the Marlborough Sound, was chosen from a shortlist of six, with judges calling it a ‘terrific, full-throated crime thriller that puts the freshest of spins on the cop-with-a-past trope’.

‘Carter is a first-class wordsmith with a particular talent for authentic dialogue. The novel’s setting wholly embraces the people and action, and the overall effect is powerful and persuasive,’ said the judges.

Jennifer Lane’s debut novel All Our Secrets (Rosa Mira Books) won the Ngaio Marsh Award for Best First Novel, from a shortlist of five. Set in the fictional Australian town of Coongahoola, All Our Secrets is about a bullied adolescent girl from a troubled family who is the only person who knows who is responsible for the town’s missing children. Judges called it a ‘very assured debut’. ‘All Our Secrets is strongly voiced, has a great sense of place, wonderfully drawn characters, and an excellent plot,’ said the judging panel.

The winners were announced at a ceremony in Christchurch on 1 September.

The Ngaio Marsh Awards are presented annually for the best crime, mystery or thriller writing by New Zealand citizens and residents. The awards are named after Christchurch crime writer Ngaio Marsh.