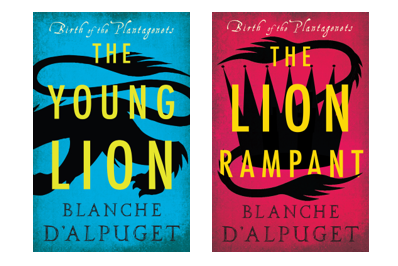 ‘Birth of the Plantagenets’ series optioned for screen

Five historical novels in Blanche d’Alpuget’s ‘Birth of the Plantagenets’ series (Ventura) have been optioned for television/film by Ironbark Media.

Rights were sold via Jeanne Ryckmans at the Cameron Creswell Agency.

Ironbark Media is an Australian independent production company focused on factual and scripted storytelling. The company was founded by writer/director Mark (Max) Walker—whose credits include Australian Story, Who Do You Think You Are and Grand Designs Australia—and Matthew Kelly, a former executive at Screen Australia and Foxtel.

Kelly said, ‘Ironbark is thrilled to have secured an exclusive option to the film and television rights for Blanche D’Alpuget’s brilliant series, the “Birth of the Plantagenets”. We know audiences love medieval stories and Blanche has created an incredible world full of passion, love, violence, sex and good doses of mysticism too. We can’t wait to plunge into this rich source material and bring the story to life.’

Ventura Press will relaunch the ‘Birth of the Plantagenets’ series in December, with the publicity campaign to be handled by PR and media firm DMCPR Media, with which Ventura recently announced a media partnership.