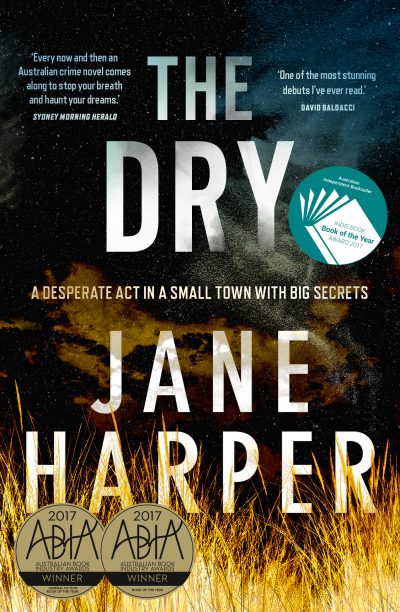 Jane Harper has won the Barry Award for Best First Novel for her 2017 novel The Dry (Pan).

The annual literary crime awards, named for American critic and crime fiction fan Barry Gardner, were established in 1997. The winners are voted for by the readers of Deadly Pleasures mystery magazine.

Harper tweeted: ‘I’m absolutely thrilled to have won the Barry Award for The Dry! A big thank you to the judges and all the booksellers and readers who have supported the novel since its release.’

The Dry has previously won a host of other awards including the Ned Kelly Award for Best First Fiction, the Davitt Award for Best Adult Novel, Book of the Year at the Australian Book Industry Association (ABIA) awards, and the UK Crime Writers’ Association (CWA) Gold Dagger Award.

The winners were announced at Bouchercon, the World Mystery Convention, in Florida, USA.