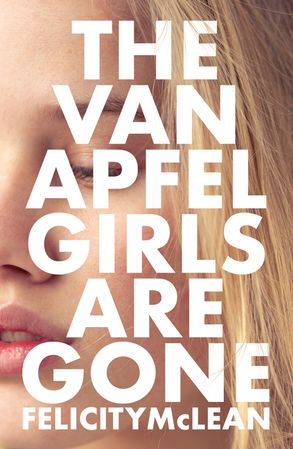 Australian author Felicity McLean’s forthcoming debut novel The Van Apfel Girls are Gone (HarperCollins, April 2019) has been sold in four territories, including to Algonquin Books in North America and to One World’s literary crime imprint, Point Blank, in the UK.

Set 20 years ago in a remote Australian town, The Van Apfel Girls Are Gone is a part-mystery, part-coming of age novel focused on the unsolved mystery of three local sisters who disappeared into the wilderness.

Algonquin Books editorial director Betsy Gleick called it an ‘exciting debut’. ‘Felicity has created a mesmerising, page-turning story of adolescence and danger, secrets and responsibility—a story steeped in a particular time and place but with universal appeal,’ said Gleick.

Point Blank publishing director Jenny Parrott said: ‘The sinister side of small-town life has never been as brilliantly evoked as in The Van Apfel Girls are Gone—the tension never lets up, and it’s absolutely impossible to put down.’

HarperCollins head of fiction Catherine Milne said she was ‘so thrilled’ that rights to the ‘much-loved in-house favourite’ had sold internationally.

McLean has worked as a journalist, and is the author of picture book This Is A Book! (no wifi needed) (Piccolo Nero) and has ghostwritten and co-written a number of adult titles.

The Van Apfel Girls are Gone is scheduled for release in April 2019 in ANZ, and June 2019 in the US and UK.