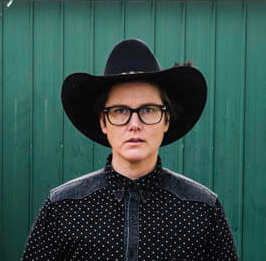 International rights are being snapped up for Australian comedian Hannah Gadsby’s forthcoming memoir Ten Steps to Nanette (Allen & Unwin) after the Netflix special based on Gadsby’s stand-up comedy show went viral. Allen & Unwin has recently acquired UK rights, in addition to ANZ rights acquired last year. Rights have also been sold to the US, Brazil, Catalonia, the Netherlands, Germany and Spain.

In acquisitions news, the University of Queensland Press has acquired world rights to Meg Mundell’s The Trespassers, ‘a literary page-turner set in the near future on an emigrant ship’. ‘This is a novel for our times—dealing as it does with emigration, asylum seeking, and global displacement due to climate change,’ said acquiring publisher Aviva Tuffield.

Penguin Random House Australia has acquired world rights to Leah Purcell’s The Drover’s Wife: The Legend of Molly Johnson, a novel based on Purcell’s multi-award-winning play of the same name, which reimagines Australian colonial author Henry Lawson’s famous short story. Purcell is also working on a feature film based on the play.

Penguin Random House Australia has also acquired rights to a nonfiction book by writer, commentator and journalist Jane Gilmore, called Fixed It: One Woman’s Movement Against the Real Fake News. In 2015, Gilmore founded the #FixedIt movement, in which she re-writes news headlines to remove the blame from victims and focus on the perpetrators of violence.