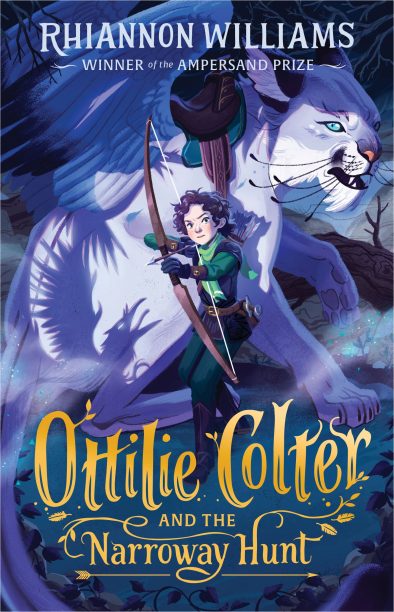 The ‘Ottilie Colter’ fantasy trilogy—about a young girl who disguises herself as a boy to infiltrate a male-only monster-hunting organisation—won the 2017 Ampersand Prize for an unpublished manuscript, becoming the prize’s first middle-grade winner.

Publishing director Marisa Pintado said: ‘From the moment we first read Rhiannon Williams’ debut novel, we all knew we had a special adventure on our hands—at once beguiling, action-packed, atmospheric and wildly exciting. The Ottilie Colter books are the perfect feminist adventure for the rebel girls generation, and we have massive ambition for Rhiannon’s future writing career!’