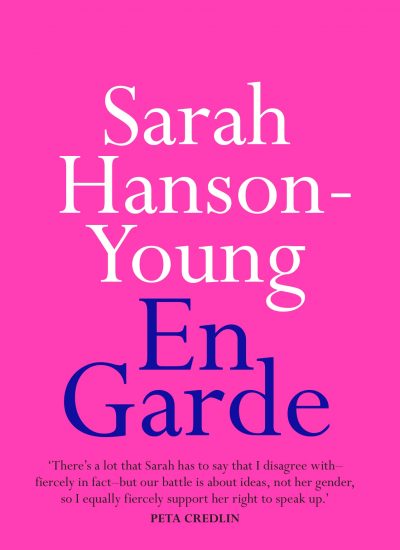 ‘Senator Sarah Hanson-Young’s private life became a matter of public interest when she was abused by Senator David Leyonhjelm in the Senate. It hadn’t been the first time and as recent events have proved sexism is alive and well in parliamentary politics,’ said MUP CEO Louise Adler.

‘The team at MUP, who have observed, with increasing dismay, the relentless personal attacks on women suggested that Sarah Hanson-Young, a young feminist and progressive politician would be ideally placed to argue why more women are needed in the workplace that is Parliament House. En Garde is an exhortation to empower women and men to call out sexism wherever they see it.’

Hanson-Young said: ‘I have written this book because I know I’m not the only woman who has been subjected to sexist slurs and abuse designed to undermine their confidence and intimidate them in the workplace’.

En Garde will publish in October 2018.