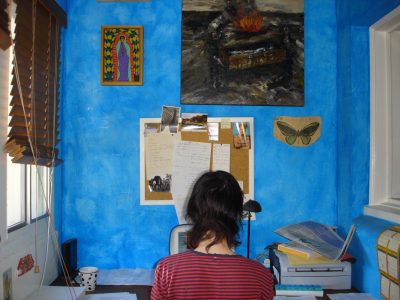 A Novel Idea depicts McGregor’s writing process for her 2010 novel Indelible Ink (Scribe), which won the 2011 Age Book of the Year, and was shortlisted for the Indie Book awards, the Barbara Jefferis Award and the Western Australian Premier’s Awards.

Begun four years into the writing of Indelible Ink, A Novel Idea is described as ‘a tongue-in-cheek rumination on the humdrum and loneliness of the novelist’s daily life, and the act of endurance which the writer must perform’.

‘The photoessay is a much-neglected genre, but Fiona turns and modifies it in unexpected ways, bringing her own sense of rhythm and intensity to the work,’ added Tapper. ‘She gives an honest and moving, and very funny, self-portrait over years of artistic labour, showing the work of the writer in a way not seen before.’

A Novel Idea will be published in March 2019.