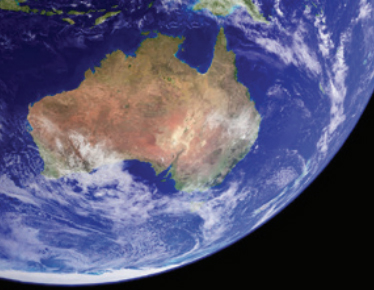 The market down under

Australian titles are faring well in a market where personal development books and crime fiction are the standout trends, reports Andrea Hanke.

For the fourth year in a row, the Australian retail book market has posted marginal growth, with sales up 0.9% in value and 1.6% in volume in 2017. To publishers in Australia, it feels like the industry is slowly starting to gather momentum.

‘Like everyone else in the industry, we’re saying “flat is the new up”,’ says HarperCollins Australia publisher Catherine Milne. ‘But I do genuinely feel there is positive momentum in Australian bookselling and publishing, there are some real good news stories out there.’

For Penguin Random House Australia publisher Cate Blake, the current success of local authors in the Australian charts is particularly cheering. ‘As I write this, four of the five bestselling books in the country are from Australian authors. It’s exciting to see that momentum developing.’

It is estimated that ebook sales make up around 15-20% of the market in Australia, although this can vary greatly between genres. Similar to other English-language markets, ebook sales appear to have plateaued in recent years—at least within traditional trade publishing. Meanwhile, audiobooks continue to grow in popularity, with more Australian publishers converting their lists to meet the current demand.

With the adult colouring boom behind us, one of the biggest trends in the Australian book market has been the growth of personal development titles—in particular, practical advice on personal finance, relationships, health and self-improvement. According to Nielsen BookScan, the personal development category was up by over 80% in 2017 and is now worth close to A$40 million.

The runaway success has been The Barefoot Investor by Australian finance writer and commentator Scott Pape (John Wiley & Sons), which was the bestselling title in Australia in 2017 and continues to top the charts in 2018. Last year, The Barefoot Investor sold 437,000 books worth A$10.8 million, representing over a quarter of the total value of the personal development category. Pape’s follow-up title, The Barefoot Investor for Families (HarperCollins), has become the fastest-selling Australian nonfiction title, after selling 74,600 copies with a value of $1.7 million since its release on 24 September.

Milne observes that wellness also remains a popular topic among readers. ‘As a society, we’re being much more honest and open around mental health, and we’re certainly seeing that reflected in a number of memoirs and books on this topic,’ she says. And in the wake of the #MeToo movement, Blake notes that ‘feminist books tackling important issues are finding their way into so many readers’ hands’.

The other big trend in the Australian books market has been the success—both locally and internationally—of Australian crime fiction. While Australia has a strong history in crime writing—think bestselling, prize-winning authors such as Peter Temple and Michael Robotham—a new crop of (mostly) debut authors has lit up the scene, including Jane Harper (The Dry, Force of Nature, Pan Macmillan Australia), Sarah Bailey (The Dark Lake, Allen & Unwin), Emma Viskic (Resurrection Bay, And Fire Came Down, Echo Publishing), Chris Hammer (Scrublands, Allen & Unwin) and Christian White (The Nowhere Child, Affirm Press). Their titles have become bestsellers locally, as well as selling into multiple overseas territories and attracting the attention of film and TV producers.

Australian literary novels are also holding up well, with Blake noting that there were ‘a fantastic number of commercially successful breakout literary debuts in 2018’. However, Text Publishing publisher Michael Heyward observes that the industry ‘[needs] to keep pushing with literary fiction until the next big book comes along’.

When it comes to formats, print continues to dominate the market. Paperback titles made up half of all formats published in 2017 and hardback titles made up another 10%. Both formats were up by a couple of percentage points from 2016.

Ebooks and other digital formats made up 18%, down from 23% in 2016 and a market high of 29% in 2013. It is possible there was a spike in digital formats in 2013 as a number of publishers began to release ebook editions of their backlist titles.

CD/DVD formats maintained a 15% share in 2017 after increasing steadily from a low of 4% in 2013. This category includes MP3 and digital audiobooks.

The end of 2017 saw the arrival of Amazon’s Australian store, with its first local fulfillment centre opening several months earlier. The company also launched its Prime subscription service in Australia in 2018. These inroads into the Australian market were met with wariness by local booksellers whose businesses have been threatened by the online retailer’s growing monopoly.

After several years of lobbying from local booksellers, the Australian government introduced a 10% goods and services tax (GST) on low-value goods purchased from online overseas retailers in mid-2018. Previously, online imports under $1000 were exempt from the GST, which meant that most books purchased from retailers such as Amazon were tax-free.

Amazon responded to the change by blocking Australian consumers from purchasing items from its international websites, with local shoppers redirected to the company’s new Australian site. However, the Amazon-owned retailer The Book Depository has confirmed it will collect GST on overseas purchases.

*Previously Nielsen BookScan reported that the total turnover of the Australian print book market in 2016 was A$968m from 53.6m books sold. These figures have been adjusted to reflect the expansion of BookScan’s Australian Book Market panel in December 2017 to add academic books and online retailers including The Book Depository to the trade panel for the Australian book market.

Australian bestsellers
In 2017, five of the top 10 bestsellers in Australia were local titles. They were: